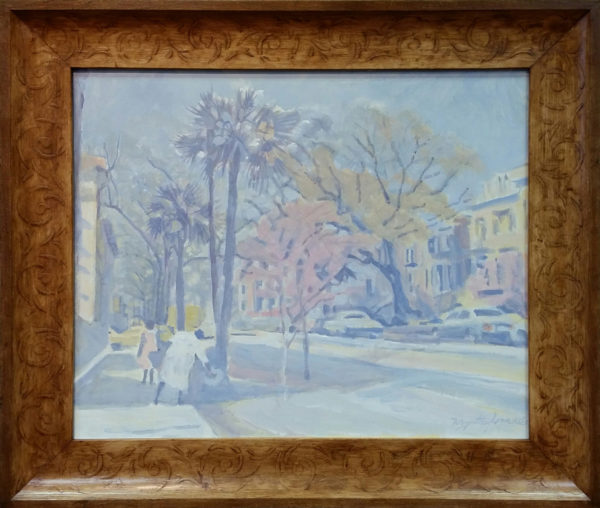 Known: to paint children, portraits, floral still lifes, landscapes, local street scenes and architecture of Savannah. Her work was unique in its balance of realism and modernism. She claimed her “dark and bold period’ was in the 1950’s and early 1960’s when she used strong colors and brushstrokes. Later she began to paint in light colors to create a “faded” look.

Studied: Telfair Academy of Arts and Sciences with Emil Holzhauer. She then studied with Reuben Gambrell (from University of GA), Ferdinand Warren (from Agnes Scott College), Bill Hendrix (of St. Simon’s Island) and Leonard Delonga (also of University of GA).

The Savannah Art Club and the Association of Georgia Artists.

Her painting, “Rooftops” won first prize in an exhibition at the High Museum of Art in Atlanta.

Work: Jones posthumously donated some of her paintings to the Telfair Academy of Arts and Sciences along with a one million dollar endowment.

She became acquainted with local painters Rebekah Sauders and Leonora Quaterman and Hattie Saussy. She and Saussy became lifelong friends often painting together in and around Savannah.