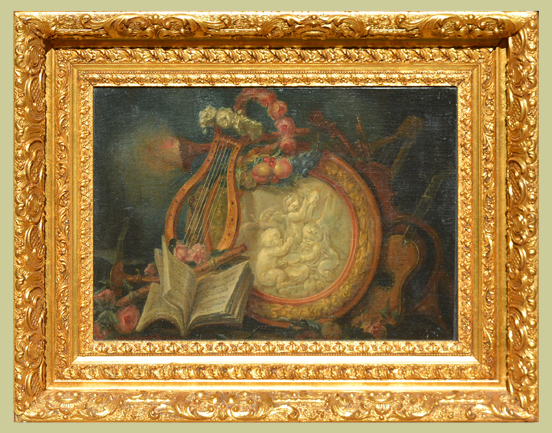 Known: specialized in small still-life paintings, usually of old books and pipes in the trompe l’oeil style. She was unique as a trompe l’oeil painter in that she was the first woman of note to paint in this style. She especially delighted in painting crisp-looking pages and worn-leather bindings of old books, which appealed to viewers following the vogue of antique book collecting. Until the late 1880s, she painted still lives of flowers and fruit, but changed with the influence of William Harnett, noted trompe l’oeil still life painter, who set up a studio next to hers in New York City. She adopted his masculine subjects such as pipes and tobacco.

Studied: She began art studies at the Cincinnati Art Academy, then called the McMicken School, with Thomas Noble, and subsequently moved to New York and studied with Agnes Abbatt, George Smillie, and Charles Courtney Curran.

Many people thought she was a man because she painted at a time when men dominated the art world. She used the name Claude instead of her given name of Claudine. She married William Crothers Fitler in 1901 but continued to exhibit by using her maiden name.