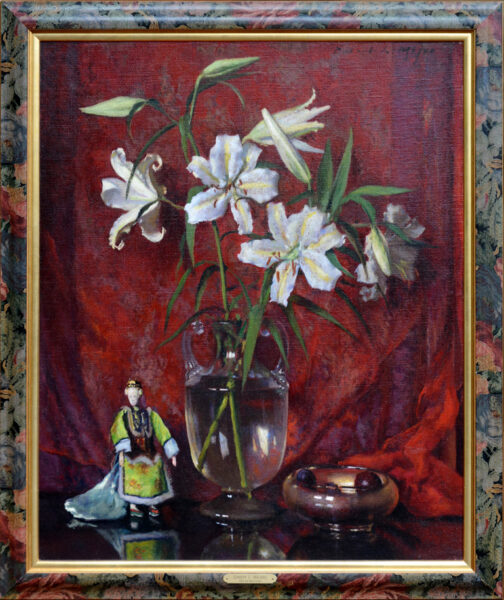 Known: Major was among the leaders of the Boston School of artists. He was a classical academician, teacher and painter of portraits, genre, still-lifes, and landscapes. He was only slightly influenced by French impressionism. Major spent most of his non-teaching hours at the famous Fenway Studios in Boston, while during the summers he worked en plein air at Tamworth, New Hampshire. Major’s charming style offended no one and pleased many as his work was colorfully dramatic and uniquely decorative. Major also excelled in the medium of pastel.

Awards: was the first to win the Hallgarten Art Scholarship, which at that time included travel expenses for study in Europe; Panama-Pacific International Exposition in San Francisco, Major was awarded a silver medal; the Bok Prize from the Pennsylvania Academy of Fine Art.