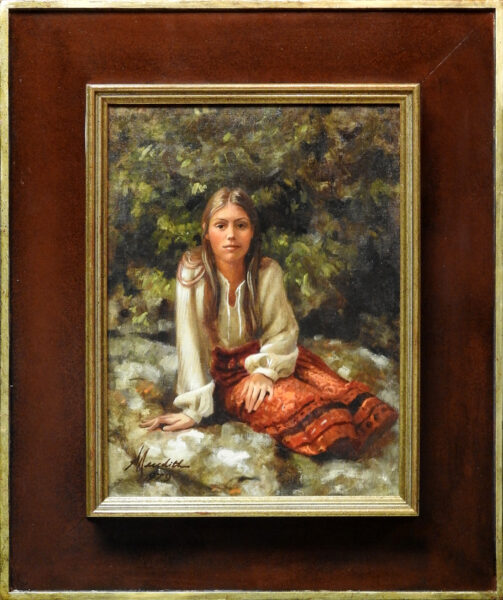 Robert Meredith is an artist best known for his Trompe l’oeil (fool the eye) paintings. He received a BFA degree in drawing and painting from the University of Georgia under Lamar Dodd and is a member of Grand Central Gallery and the Salmagundi Club in NYC. He has had forty five one-man shows from Texas to Massachusetts, including three at the Parthenon in Nashville, TN. Other exhibitions have been held at William Paterson College, Paterson NJ, the Frederick-Nila Gallery, Longview Texas, St. Botolph’s Club, the famous art club of the Boston painters where John S. Sargent and Claude Monet were introduced to the United States, the Frame House Gallery, Louisville, KY, three exhibitions at the Marietta, Cobb Museum of Art, Marietta, GA, and a recent retrospective exhibition of about 60 paintings, 30 old and 30 new, at the Creative Arts Guild in Dalton, Georgia. He has paintings in the collections of the State of Tennessee and the Tennessee Fine Arts League, Belmont College, Emory University, Dekalb College, Southern Polytechnical and Kennesaw State University. Collectors of his work are Steve Martin the actor, Richard Manoogian, the number one collector of American art, Eddy Nicholson, the first man to pay one million dollars for a piece of furniture, Peter Bonaparth, President, Jones of New York and Arthur and Stephany Blank, corporate collectors including TycoToys, Masco, Jones of New York and Wellington Management.