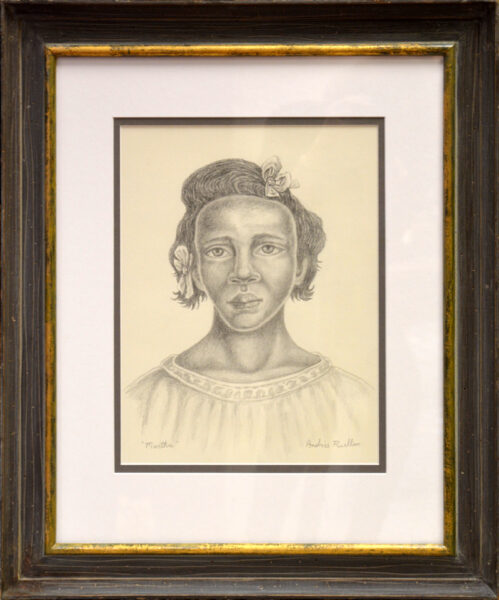 Known: for paintings of figures, landscapes, and urban street scenes in New York, the American South, in the 30’s and 40’s, where African-Americans played a large part in her subject matter and are among her best known works. She was also active at the Woodstock art colony with her husband, John Taylor, an American painter. Throughout her career she was influenced by Abstraction, Surrealism and Abstract Expressionism. However, committed to drawing as well as painting, she preferred Realism.

Studied: When she was age 9 at St. Mark’s in the Bowery, she was encouraged by Robert Henri, painter who advocated Social Realism. In 1920 she enrolled on a scholarship in the Art Students League. Her drawing teacher was Maurice Sterne, and Leo Lentelli was her sculpture instructor. She lived in Rome, where she had an art scholarship, and then in Paris for five years, where she had her first one-person exhibition. She received a Guggenheim Fellowship to paint in Europe in 1950.

Exhibited: She was invited to exhibit her drawings alongside works by Robert Henri and George Bellows. She had her first one-person exhibition in Paris in 1925. “The City Market” was exhibited at the Carnegie Institute in Pittsburgh in 1943 and the Whitney Museum Annual from 1943 to 1944; in New York; Columbus Museum in Athens, Georgia, and at the Columbus Museum in Columbus, Georgia. In the early 1940s, her paintings were acquired by several important private and public collections, including the Metropolitan Museum of Art and the Phillips Collection. Ruellan participated in exhibitions through the 1990s, and her work was the subject of a lifetime retrospective exhibition at the Woodstock Artists Association in 2000.

Work: Working with Alexander Brook in his studio overlooking the river. Ruellan produced several paintings from sketches made during this period, including “Savannah Landscape” and “The City Market” in Charleston in 1936, when she drew urban and genre scenes that she subsequently explored in studio paintings and prints.