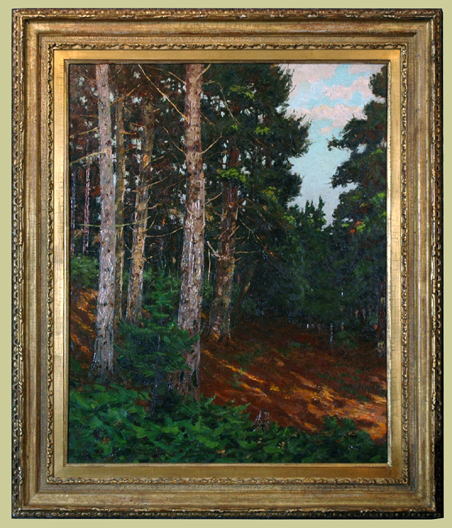 Born/lived: Ben Foster was born in North Anson, Maine on July 31, 1852. He lived in Cornwall Hollow, Connecticut most of his working life. He did not pursue art as a career until thirty years of age. His brother, Charles (1850-1931) was also an accomplished artist.

Known: as an American Impressionist landscape painter. His paintings were admired for their meditative qualities, capturing the atmospheric effects of dawn and sunset moonlight and twilight.

Studied: under Abbott H. Thayer at the Art Student’s League in New York and Aime Morot and Oliver Merson in Paris.