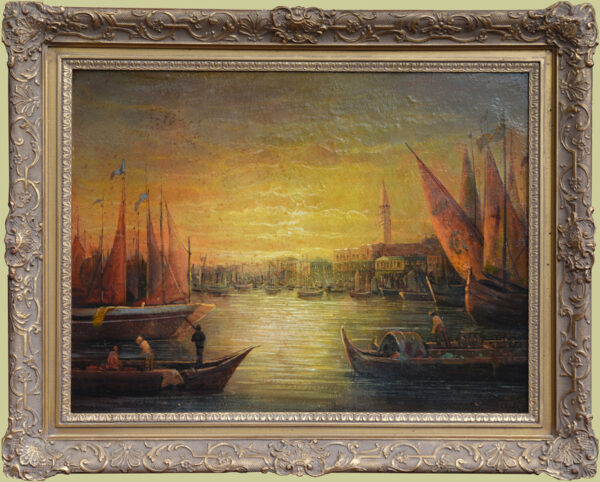 Born in New York City, George Henry Bogert became known for scenes of Venice and urban subjects. He is known for painting in the style of Barbizon School of painting and of Tonalism. He studied at the National Academy of Design and then went to Paris where he studied under Puvis de Chavannes, Raphael Collin and Aime Morot. In New York he studied under Thomas Eakins. In the 1890s, he returned to Europe where he traveled extensively, for subject matter including to Venice and the Isle of Wight. In Northern France, he was influenced by Eugene Boudin and his plein-air landscape painting methods. Bogert received many awards including the First Hallgarten Prize by the National Academy of Design in 1899. He returned to America and painted with the artists colony of Old Lyme, CT.