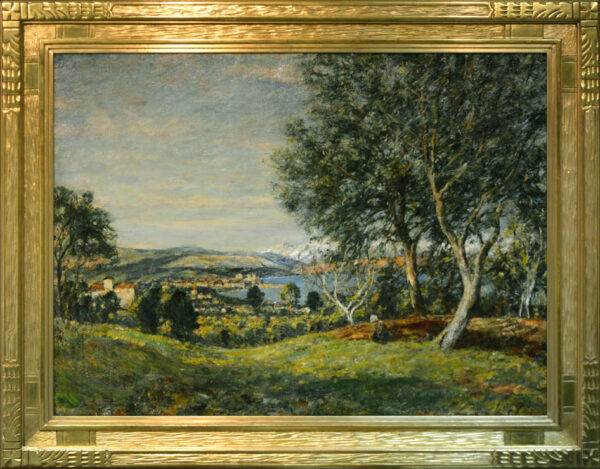 Mark Fisher was born in Boston, MA. He is known for his impressionist landscape paintings. He studied at the Lowell Institute, Boston, with George Inness in Boston, and in Paris with Charles Gleyre, an academic artist. Fisher was also influenced by Monet and the impressionist style of other artists. He was elected a member of the Royal Academy in England, the New English Art Club and president of the Essex Club. He exhibited at the Boston Art Club, Pennsylvania Academy of the Fine Arts, Royal Academy, London, Paris Expo, Chicago Expo, and St. Louis Expo. Fisher established himself as a leading naturalist landscape painter in England, finding great success. He was known to have been one of the first artists to bring Impressionism to England. His landscapes included figures and were painted in the country-sides of France and England.