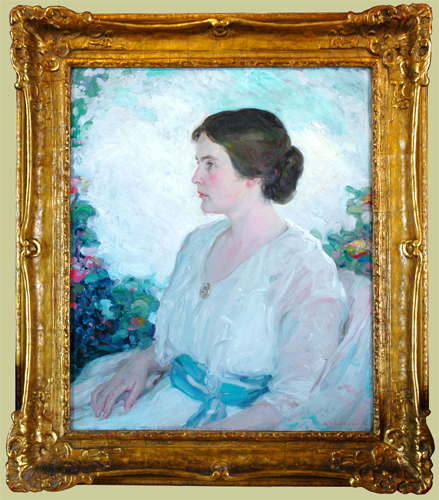 Hubbell, after working as a magazine illustrator in the 1890s, lived in France from 1898-1910, and was one of only several students of whom Whistler thought highly. Hubbell worked at Giverny (1908-10) and was a friend of famous artists such as Monet and F. MacMonnies there. Hubbell painted figural works but most of his income came from his portraits for which he gained a number of prestigious commissions, including four from Franklin D. Roosevelt.