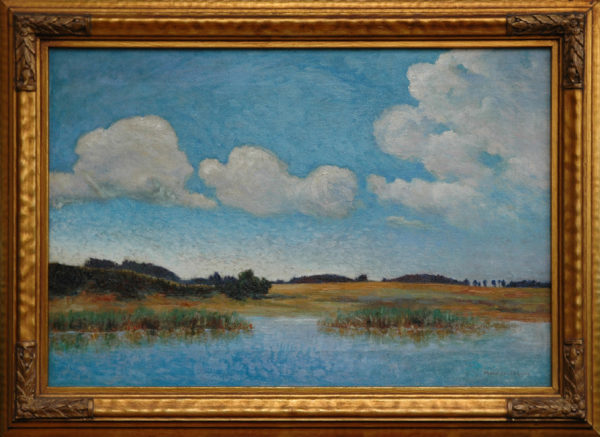 Mary Comer Lane (1881-1966)
Lane lived in Savannah, GA. and was married to Mills B. Lane She had her hands full with a family. She took summer art classes in Gloucester, MA with Henry Bayley Snell. In 1920 she was instrumental in the founding of the Savannah Art Club, which brought visiting painters to teach, such as Eliot Clark, William Chadwick, and Hilda Belcher. She was a member of the Baltimore Water Color Club and the Southern States Art League. She exhibited at the Art Institute of Chicago, the Savannah Art Club, the Association of Georgia Artists and held a one-artist show at the Telfair in 1948. She painted with spontaneous strokes of color in the Impressionist style.