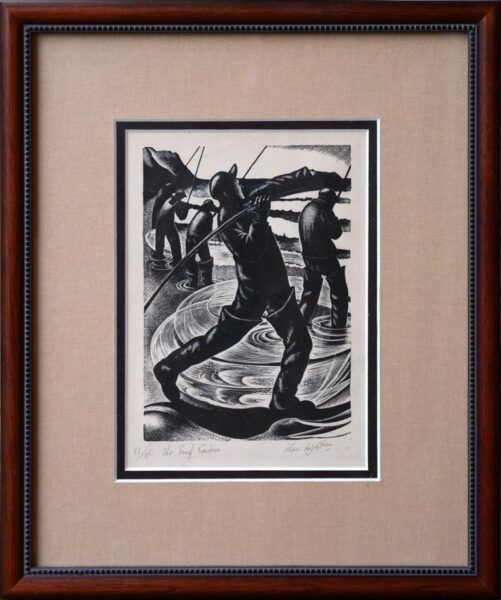 Known: writer and illustrator, designer, lecturer, painter, and printmaker of woodcuts, and wood engravings of market scenes, genre and docks. Designed for Wedgwood and Steuben Glass, and designed windows for churches and cathedrals.

Studied: the Central School of Art and Design where she learned the art of wood engraving under Noel Rook. The Slade School of the University of London, and earned an honorary Doctor of Fine Arts from Colby College in Waterville, Maine.

Exhibited: the Society of Wood Engravers whose members included Eric Gill, Robert Gibbings, and John Nash. Pennsylvania Academy of Fine Arts; the Art Institute of Chicago; and the Boston Public Library held a major retrospective in 1977.

Publications: By 1927 Leighton began illustrating the works of authors such as Thornton Wilder and Thomas Hardy, and, between 1930 and 1976, she authored and illustrated a number of books.