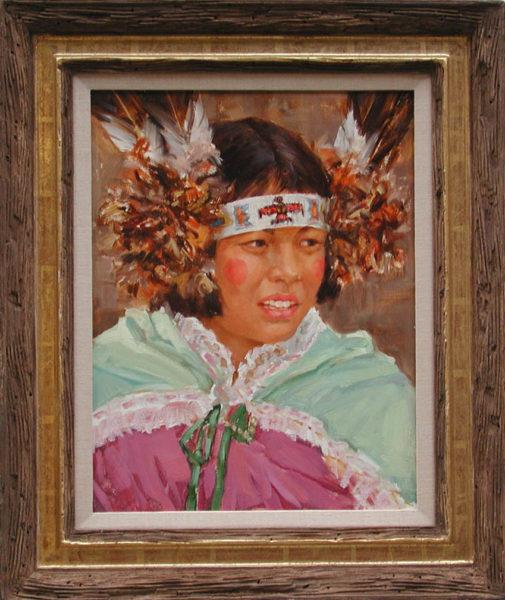 Known: as a realist/Impressionist painter of Southwestern Indians.

Studied: American Academy of Art in Chicago and in two years won 22 awards.

Exhibited: Allied Artists Show in New York, and the Indianapolis Hoosier Salon, The Gene Autry Museum of Western Heritage show, “The China Experience”, a Western Art exhibit that traveled to Peking, China in 1981. One of is paintings was selected as an official poster for the China Exhibition.

Taught: instructor at the American Academy of Art in Chicago where he taught for six years.

Awards: John F. and Anna Lee Stacey Scholarship Fund, Indianapolis Hoosier Salon, where he was awarded first place in the figures and portraits.

Desatnick is known as a realist/Impressionist painter of Southwestern Indians. He is inspired by their beauty, character, and simplicity of life which harmonizes with nature.