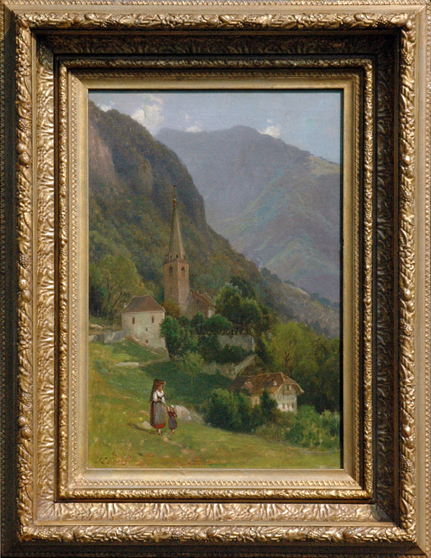 Born/lived: Boston, MA. He had a studio in Boston. In 1840, made many trips to New Hampshire’s Lake District and its White Mountains. He was also was among the Hudson River School artists who painted in that geographical area. He made contacts on trip to France, England, Switzerland, and Italy.

Known: He was widely regarded as the leader of the White Mountain School during the 1840’s. He was known for landscapes, portraits, genre, still life, and animal paintings in the Hudson River style. He also painted occasional views of the Hudson River Valley.

Studied: He was mostly self taught. He appears to have assimilated art vision and techniques from A.B. Durand and Thomas Cole.

Member: founder of the Boston Art Club and served as the Club’s President.

Work: Samuel Gerry and James Burt were close artistic friends and lived across the street from each other in Boston.  In 1836, they collaborated on a series of Boston views for the engines of the Boston Fire Company. Over the years, the two would collaborate on landscapes that became engravings, especially those of William Henry Bartlett, English painter and engraver.