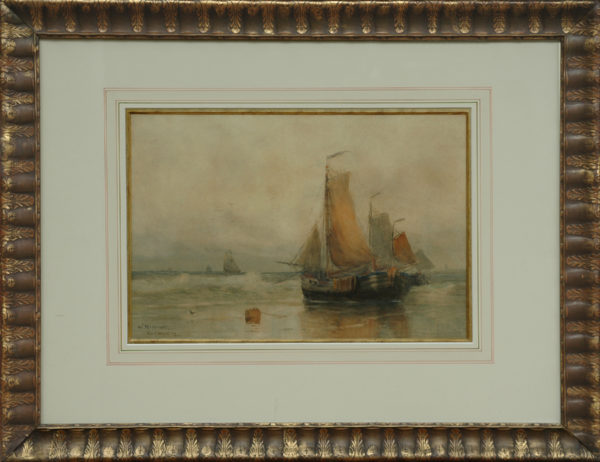 Born in Nurmberg, Germany, William Ritschel was a California Impressionist painter. He was educated at the Latin and Industrial School, Germany and Royal Academy in
Munich where he excelled at painting the sea. He continued to exhibit his marine paintings in New York, and in 1918 was elected to the National Academy of Design.
Ritschel never went far from the sea for inspiration. He built a home on a bluff near Carmel, and was a frequent sight on the rocks and beaches. Ritschel’s paintings of the sea were well received from coast to coast, and he participated in many exhibitions from San Francisco to New York, including the Panama Pacific Exposition in 1915, the National Academy of Design, and the Salmagundi Club.