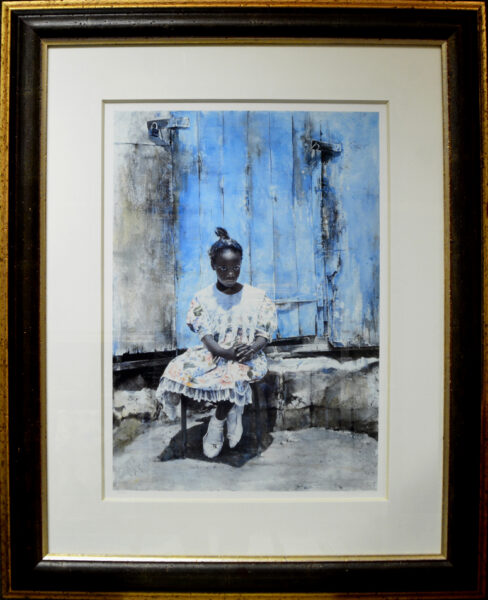 Known: Stephen Scott Young is known for his watercolor paintings. Inspired by the work of Thomas Eakins, Winslow Homer, and Andrew Wyeth, Young has done highly finished, detailed figurative paintings of dark-skinned people Bahamas, a primary venue, dealing with issues of human dignity in a realistic style. Young made his first visit to the Bahamas and was impressed by the crisp, bright light of the islands. Interest in light and shadow led Young to explore architectural as well as figurative subjects. He often incorporates bright and clear colors.

Studied: the Ringling School of Art in Sarasota, Florida; motivated by picture books given to him by his mother, depicting the works and styles of ‘Old Masters’ Vermeer and Caravaggio.

For his sense of dramatic design and luminous, clear color, Young perhaps owes most to Homer. His execution, however, is essentially different and is influenced more by Eakins, who built up his watercolors in a more constructed fashion with careful stippling. Eakins taught him, as it were, to draw with watercolor. Young owes his careful accuracy and his ability to create figures that are not simply flat but have volume and weight to Eakins.
Each masterwork by Stephen Scott Young is preceeded by numerous drawings, sketches, studies, and preparatory paintings. The spirit of these works in progress often exceeds the finished subject and, when available, are eagerly sought by collectors.